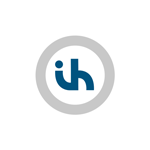 Following on from our previous Blog concerning the Divorce, Dissolution and Separation Bill, we look at the second reading and general debate of the Bill that took place in the House of Lords on 5th February 2020.

One of the most debated aspects of the Bill was that by allowing one party to file for divorce and potentially be divorced 26 weeks later raises concerns about one party deciding, on a whim, that they just did not want to remain in the marriage, without any real reason and without being obligated to look at whether there was a chance to ‘save’ the marriage first.

Lord Morrow stated: “my concern is that this Bill, in making divorce more accessible, is likely to elicit a greater readiness to turn to divorce and will thereby foster a lower dissatisfaction threshold within marriage when previously couples would have exhibited a greater willingness to stay and fight for their marriage.”

This was a point largely supported by some of the other members of the House of Lords.

One of the other hotly-debated aspects of the Bill was the 20 week ‘reflection period.’ A concern of some of the members of the House of Lords was that the Bill in its current form does not provide for clarification on when the 20 week time limit commences i.e. whether it starts immediately upon the filing of the petition, or on service of the papers on the Respondent. Either scenario could give rise to issues.

If the time limit starts on issue of the petition the Respondent could be placed in a situation whereby they are served with the proceedings a mere 6 or 7 weeks before a Final Order can be applied for, and if the clock does not start until service has been effected on the Respondent, then a Respondent who actively evades service, retains control, and could delay the process indefinitely.

There is no definitive solution to this issue, and clearly further debate will be necessary to ensure that neither party is placed at a disadvantage.

Thirdly, several members of the House of Lords were concerned that by not allowing a Respondent to contest a divorce, and by allowing the divorce to proceed on the basis of only one party stating that the marriage had broken down irretrievably, the balance of ‘power’ for divorce was being shifted to the Petitioner and away from the Respondent.

The Lord Bishop of Carlisle stated: “Reducing divorce to a statement made by one party that the marriage has broken down undermines the seriousness with which marriage and divorce are regarded.”

After the debate took place, the Bill was committed to a ‘Committee of the Whole House.’ This means that the House of Lords will go through a line by line examination of each part of the Bill. Any amendments can be suggested, and voted on, at this stage, and each clause of the Bill needs to be agreed to pass to the next stage.