Do you have a question regarding fraud? We have answered some of the most frequently asked questions here. 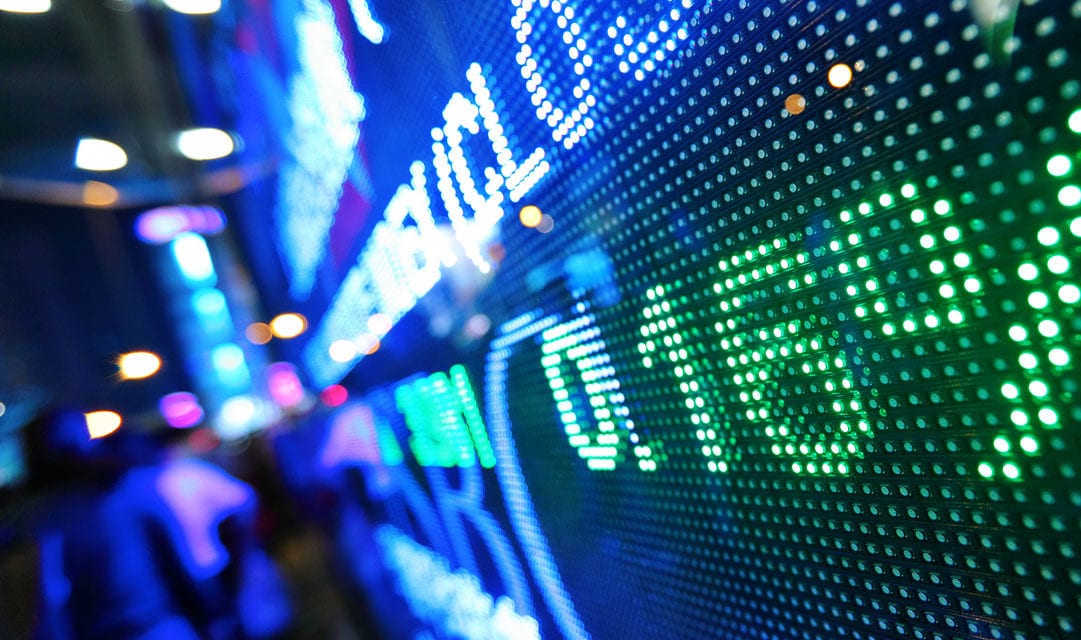 What is a Restraint Order?

A Restraint Order is made by a Crown Court. It essentially ‘freezes’ assets- so nothing can be done with them (for example sale or transfer.)

The Police will usually ask for assets to be restrained if they suspect criminal activity has taken place, and they envisage that confiscation proceedings will follow in the not too distant future.

How is a Restraint Order applied for?

The Crown will make an application to court on what is known as an ‘ex-parte’ basis. This means that the person affected by the order will not know about the application until it has been granted, and they have been served with a copy of it.

What can be included within a Restraint Order?

Any assets held by the person subject to the order. This is very wide ranging, and can include:-

Not having access to bank accounts can be especially problematic. It is possible to nominate an account from which you can withdraw a maximum of £250.00 per week to cover essential expenses.

Your solicitor can also liaise with the Crown to have certain accounts removed from the restraint altogether, depending on the circumstances of the case.

When does a Restraint Order end?

Essentially – when the court agrees that it should.

An application can be made to the court to lift the order, or to vary it (for example to allow certain bank accounts to be removed as discussed above).

Often, a Restraint Order will stay in place until the outcome of a criminal investigation, for example into alleged fraud or drug dealing. Where there is such an investigation, the restraint will usually remain until the court has made a Confiscation Order.

When is a Restraint Order breached?

Dealing with your assets in any way other than what has been agreed with the Crown, from withdrawing more than the permitted £250.00 in relation to living expenses, to larger scale breaches such as sale or transfer.

How are breaches punished?

Breaches are treated as a Contempt of Court. Compliance is key, even if you are unhappy with the order being imposed. Liaise closely with your solicitor- if there is a good case for variation/discharge being made, they will deal with this for you.

What is a Confiscation Order?

This is when an offender is made to pay a sum of money representing their ‘benefit’ from crime.

What can be included in a Confiscation Order?

Where specific ‘lifestyle’ offences have been committed, this acts as a trigger for confiscation proceedings under the Proceeds of Crime Act 2002. The court is entitled to assume that all property which a defendant has held in the six year period prior to their arrest came from the proceeds of crime. It is also entitled to apply this assumption in relation to any property transferred or spent. ‘Property’ has a wide meaning and includes money.

It is important to bear in mind that a court will not order a defendant to literally hand over particular property. It is the monetary equivalent that it is interested in. In practice, assets often have to be sold to raise the required funds.

Does that mean the family home could be at risk?

Yes, potentially. However, third party interests (e.g. if a property is jointly owned with someone not subject to the Order) can be recognised and a solicitor will advise you as to this. This is particularly important as each case is very much fact-specific.

What constitutes an offence of fraud?

Under the Fraud Act 2006, there are a range of potential offences. Some are widely known, such as:

Provision is also made in the act for prosecutions under these headings:

No matter what the offence, there has to be evidence of:

It does not matter if the gain or loss did not actually occur- what the defendant did is what counts.

What is Conspiracy to Defraud?

For a conspiracy to exist there must be an agreement between two or more people to carry out a certain (illegal) act. Even if the plan is never carried out, a prosecution for conspiracy can still succeed.

Also known as Hundi, Hawala Banking is an informal value transfer system based on the performance and network of money brokers, mainly located in the Middle East, Africa, and the Indian subcontinent. This operated outside of traditional banking, financial channels, and remittance systems.

Hawala banking is legal in the UK. However, it must comply with regulations set in England and Wales. An established and regulated money transfer business must register with HMRC, so that it complies with UK money laundering regulations.

Why do I need to be aware of cryptocurrency?

Businesses may find themselves acquiring cryptocurrency as a form of payment. Given its relative newness, usage of cryptocurrency is still very much in its infancy- but care should still be exercised when dealing with it.

Legal considerations can arise out of the use of forms of cryptocurrency such as Bitcoin. A solicitor can advise on matters such as regulatory provisions and jurisdictional issues, as well as more ‘standard’ points such as payment terms.

What are the key money laundering offences?

The Proceeds of Crime Act is again the legislation to be aware of here. Most commonly, prosecutions occur in relation to one of the following offences:-

Who needs to perform anti-money laundering checks, and why are they important?

Those businesses covered by the Money Laundering Regulations must carry out such checks. These include:-

The objective for any business should not only be identifying and minimising risk, but complying with regulatory requirements. If suspicious activity is noted then it must be reported. Failure to do so can result in criminal prosecutions and considerable fines.

What is criminal property?

‘Property’ is very widely defined; it includes the more obvious forms such as houses, land and money, as well as ‘intangible’ things such as stocks and shares (so those things which are not physical.) In other words, it is the proceeds of crime.

What is classed as insider dealing?

The Criminal Justice Act 1993 contains a large amount of complex law relating to this area. An ‘insider’ is defined by s.57 of the Act: ‘primary’ insiders include directors, shareholders and employees. ‘Tippees’ are those whom receive the information from a primary insider.

By its very nature, ‘insider information’ is that which has not been made publically available. If it were, it would have a considerable effect on the price of securities such as shares.

What are the criminal offences?

There are three offences, all of which can constitute insider dealing. Briefly, they are:-

What are the likely penalties?

Under s.61 of the Act, cases of insider dealing can be dealt with in the Magistrates’ or Crown Court (though it is far more likely to be the latter.) If the matter is tried in the Crown Court, the maximum sentence is seven years’ imprisonment, and/or an unlimited fine.

What defences are available to someone charged with insider dealing?

There are a number of defences, designated either as ‘general’ or ‘special’ defences.

For the ‘dealing’ and ‘encouraging’ offences, ‘general’ defences include:

‘Special’ defences also apply to the dealing and encouraging offences. By their nature they allow traders to maintain that they acted in good faith, or were simply utilising market information.

Any applicable defences, and certainly the advice offered by a solicitor, will very much depend upon the facts of each case.

In their Prosecution Guidance, the CPS, echoing the Bribery Act 2010, detail two types of bribery:

There must be an element of ‘wrongfulness’- so the person offering the bribe wants the other to do something improper. By accepting the bribe, the other person intends to act improperly. Any premeditation will be very carefully considered.

What is said to be an ‘advantage’ will very much depend on the circumstances of the case. It could be payment of money, or perhaps preferential treatment in a tendering process.

Prosecutions for bribery are deemed to be so serious that in order for one to proceed, either the Director of Public Prosecutions or Head of the Serious Fraud Office must consent to it.

When could my organisation be liable?

In brief, there are two situations that can lead to liability being attached to an organisation:

Where a senior official commits an offence under the Act;
Where a person ‘performing services’ for a company (e.g. an employee) pays a bribe in order to gain or keep business or to obtain a business advantage.

How can allegations of bribery be defended?

If a company can demonstrate that it had sufficient procedures in place to prevent bribery, it can mount a defence where the act has been committed by someone ‘performing services’ for it.

Just how adequate is ‘adequate’? This will depend upon the company, taking into account factors such as its size and the nature of its operation. Those doing business with non-EU markets, for example, would need to have more extensive anti-bribery measures in place than a small company with a very small client base.

As always, the assessment of risk is vital. Measures to prevent bribery can be considered along with anti-money laundering initiatives, by ensuring that due diligence is carried out against clients and those employees likely to encounter situations in which bribery could arise.

For a defence to succeed, the company must be able to evidence the steps it took. Keeping proper documentation is essential.

What about hospitality and similar business expenditure?

Many businesses were anxious when the intention to bring the Act into force was announced, but this was unfounded in many areas. Legitimate hospitality is not an offence but rather it is about what is ‘reasonable and proportionate.’ Entertaining clients and the sending of gifts is still permissible- just make sure you are acting reasonably and proportionately! 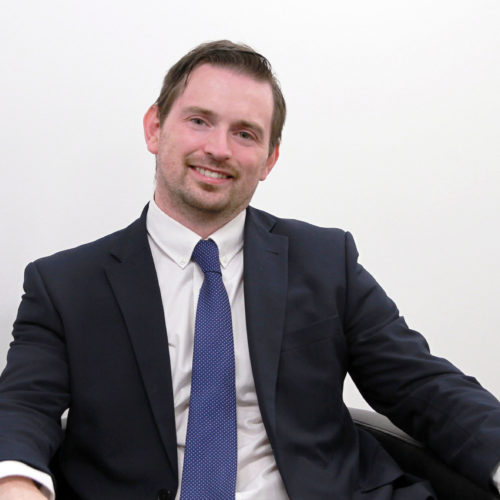