If a person of sound mind unlawfully kills another, with the intention to kill or cause grievous bodily harm, the offence of murder is committed.

There are two key stages for a judge to run through when passing sentence for murder. The judge has to firstly impose a life sentence and then consider guidelines which specify a minimum tariff (the shortest period of time that an offender must spend in prison before their release can even be considered.) The starting point ranges from 15 to 30 years. Having decided on the appropriate minimum, the judge then looks at any aggravating/mitigating factors which would increase or decrease the minimum term. Aggravating factors include premeditation or an especially vulnerable victim. Mitigating factors might be the presence of self-defense or a lack of premeditation. An often misunderstood point is that even after an offender is released from prison, they remain on licence for the rest of their life. If their licence conditions are breached, or they are considered to be a risk to the public, they will be returned to custody.

There are a number of ‘partial defences’ to murder, the most well-known being Provocation (loss of control) and Diminished Responsibility. They are called ‘partial’ defences because they ‘reduce’ murder to the offence of voluntary manslaughter, which is discussed below. There is only one ‘complete’ defence to murder and that is self-defence.

For a prosecution to succeed, it has to be shown that the accused intended to kill (not just to cause GBH.) Attempted murder also attracts an automatic life sentence.

Voluntary manslaughter requires an intention to kill but means that one of the partial defences discussed above has been accepted. Involuntary manslaughter covers those situations in which a person does not intend to kill or cause GBH, but their actions are so grossly negligent that death or GBH results. 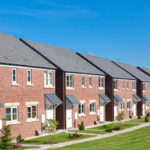